The Laurence Trust > You are not alone > Michael’s story 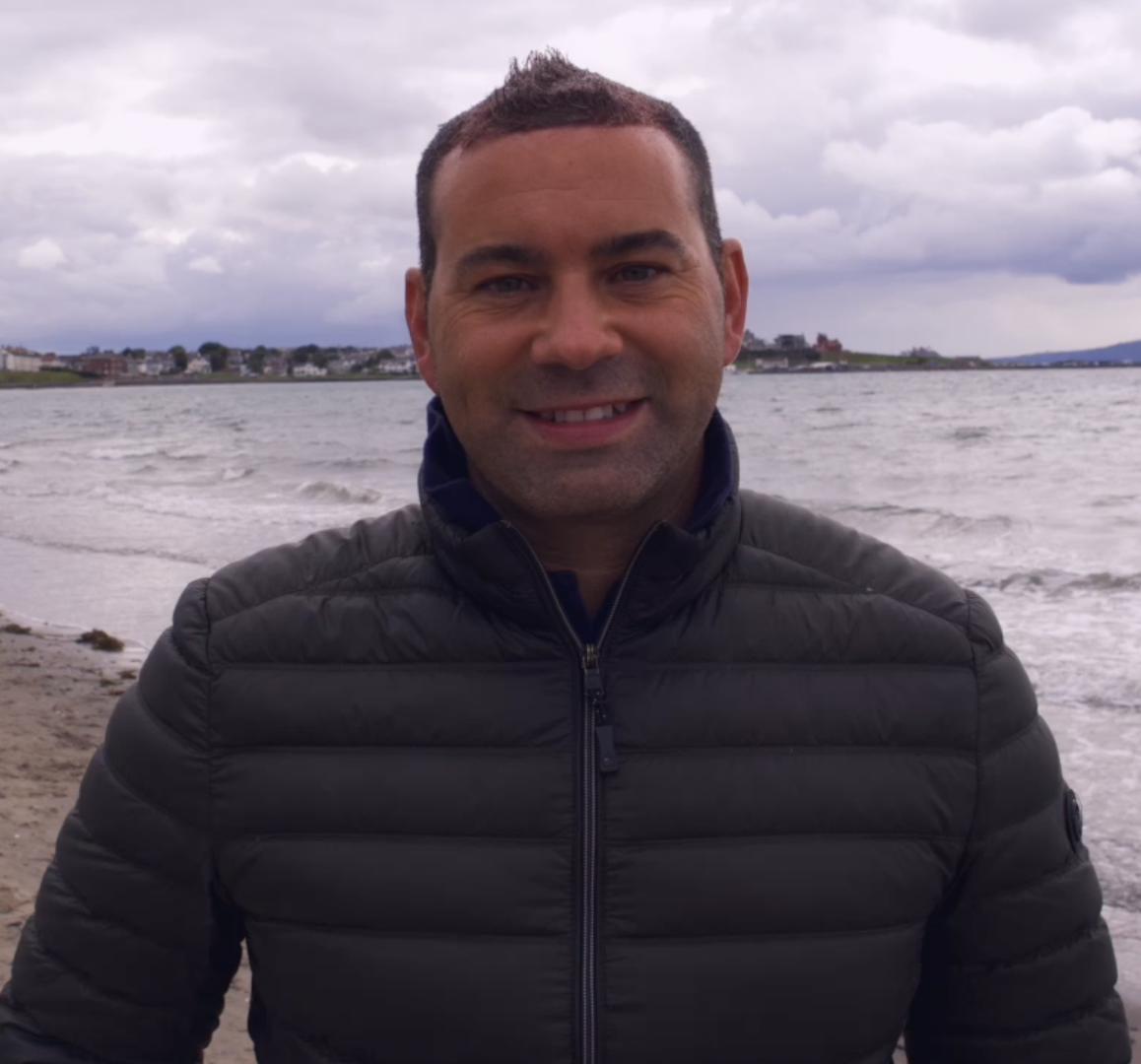 Michael talks about knowing Laurence and talks about how he believes the Laurence Trust can help make a change.

I first remember Laurence Nugent as being the younger, more rowdy and outgoing brother of Chris, who was in my class in primary school. At school I remember Laurence being like any other child, who was very popular, full of craic, and enjoyed playing football, etc. outside at lunchtime.

Myself and Laurence’s brother Chris both progressed to grammar school together, where we became friendlier, and because the Nugent brothers were always very close, I got to know Laurence a lot better, too. As a young teenager, Laurence was full of life and seemed very happy, always active, playing football, Gaelic, or whatever sport was “in” at that time. I always remember laughing at how he and Chris would have watched Wimbledon on TV then decided to give it a go themselves out on the green at Brae Park, where they were brought up, or when they tried a go at “skiing” down the stairs with the use of a breakfast cereal box after watching the Winter Olympics. To me, Laurence was just like any other child.

As we got older, the three of us had part-time jobs in a local supermarket, where Laurence met his first girlfriend. We both had cars and enjoyed modifying them and taking them to shows on Sundays and we often followed the car rallies around the country. Like most teenagers, we often went into Belfast to socialise with our friends from work/school, etc. and, even then, Laurence was always the life and soul of the party, enjoying the craic and just loving life. Myself and Laurence remained good friends into our 20s, when a crowd of us from work all went to Tenerife on holiday; it was the summer of 2004. On the first day, we probably overindulged with drink more than we should have – and this is when I first saw Laurence’s issue first-hand. He became extremely distressed and angry. Like everyone with us, I tried to talk to him to calm him down but it seemed that he felt the whole world was against him. He was very stubborn and we eventually had to phone home for him to talk to his dad, who was able to calm him down eventually.

Due to work commitments and girlfriends, I began to see Laurence less and less from about 2006 onwards. He never seemed to want to spend time with me and Chris, always had an excuse and always seemed quite guarded when talking to him. However, one Sunday in 2007, he joined me and Chris at the Ascot where we went to watch the football. When I saw him, I was shocked at how thin he had become, and was worried he was taking drugs, as he got involved with a new group of friends which I didn’t know or didn’t know anything about. That same afternoon, in the Ascot, a local guy was walking past us and he also remarked about Laurence’s weight loss and said to us, “Laurence, you used to be a wee porker.”

Myself and Chris laughed this off but I could tell by his manner that Laurence was annoyed by his comments. We ordered food and Laurence ate his, whatever I had left and whatever Chris had left, then ordered another chips and then three packets of crisps. He then left me and Chris to go to the toilet. This was when I had suspected that Laurence had an eating disorder. I asked Chris and he told me that he did have, but not to mention it to Laurence himself, because he wanted to keep it a secret because he felt embarrassed about it.

Then I had little knowledge about eating disorders or how serious a disease they could become. I had always thought that bulimia/anorexia, etc. was a problem that affected women only, or high-profile celebrities who were obsessed with their looks. From 2007 to 2009, I saw Laurence less and less. When I called to the Nugents’ house, he would have been up in his room and would have hardly made the effort to speak to me, a far cry from the full-of-life, fun-loving guy I would have once called my brother.

He always seemed to be angry and depressed and, due to my ignorance about the disease, I had never linked this to his eating disorder issue. I would have texted him and asked him to join us for nights out, etc. but he always had an excuse not to come out with us. On Sunday 27th September 2009, I called up to the Nugents’ house to show them a new car I had recently got. Laurence was in the front room and I was stunned at how thin he was. He was wearing shorts and the Man United tattoo he had on his leg, which he was always so proud of, had shrunk in size from when he had got it done several years back. He came out to see my car and I asked him to call up to my house the following Saturday night with Chris for a Chinese and a few bottles of beer. He accepted my offer and when I left I thought maybe we will be able to get him back on track and get the old Laurence back.

On Wednesday 30th September, I had come into work early, and I received a text message from Chris to say that Laurence had passed away. I couldn’t believe what I was reading. I rang Chris immediately, as I thought he was winding me up, but unfortunately he wasn’t. Laurence had gone to bed the previous night and suffered heart failure due to malnutrition. Like everyone else who knew Laurence, including Chris and his parents, Pamela and Frank, I felt helpless and useless. If we had known more about this terrible disease, Laurence’s death could have been prevented.